See how we went from delivering chicken eggs to serving drinks to the entire MidAmerican region.

In 1926, 24 year old Harry Crisp I opened Marion Hatchery and Produce Co. operating in Williamson and Franklin counties. With his trucks carrying out eggs, chicks, and produce, he saw an opportunity to offer his customers more. At the beginning of the 1930’s Harry developed a line of flavored soft drink products including Red Rooster and Crisp Flavors, which were delivered on these poultry trucks. This leap into the soft drink business, which was then unknown to him, ultimately was the cornerstone for his success.

Marion Pepsi-Cola, as Pepsi MidAmerica was first known, was founded by an entrepreneur in 1936 named Harry Crisp. Before that Pepsi was relatively unknown so he would only agreed to test it out by splitting an initial unit of concentrate with the St. Louis bottler saying, “I’ll put Pepsi-Cola on the hatchery trucks and if it sells as well as the chicks and eggs, we’ll keep it.” Within a year he acquired the local franchise for Pepsi and started with five employees. Their dedication and hard work built the foundation for the company’s future expansion and growth. 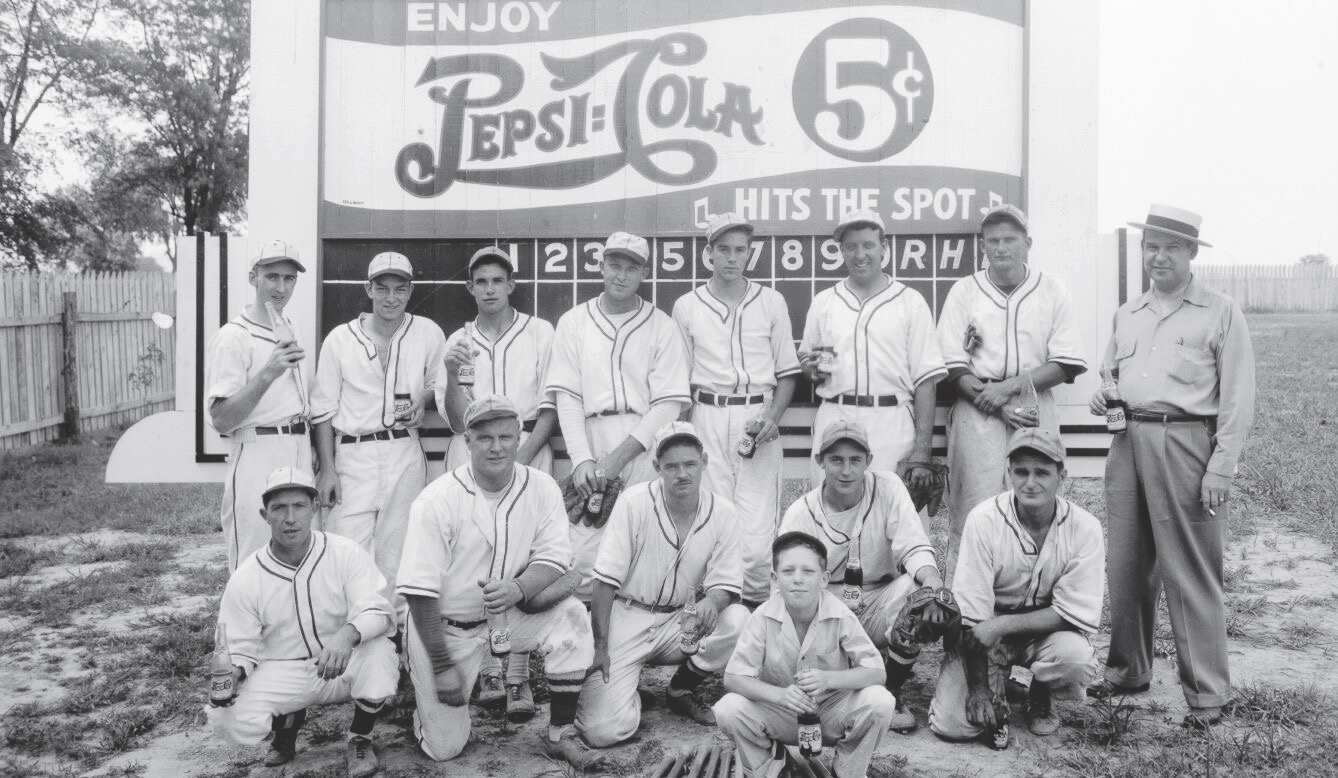 The Pepsi business quickly grew doubling after its first full year to over 200,000 cases of 24 bottles sold in 1938. The operation was moved into the hatchery building at 1005 S Court Street. By 1939 the building was grown and soda sales had become greater than the hatchery business. In 1943, the fountain franchise was purchased for the area. In addition to community involvement during WWII, Harry had to keep a soda business running through rations of items such as sugar and metal. Following the war the price of a 12oz Pepsi jumped from 5¢ to 6¢ and veterans such as Dick Speers, the namesake of our productions plant, returned home.

Not discouraged by a fire which destroyed much of his plant on South Court Street in March 1956, Harry Crisp I purchased the former Davis Ford agency building at 700 N. Market St. on the corner of West White and North Market Streets where new equipment was installed, and the business greatly expanded. Although part of the original plant was lost in the fire, both of these remaining buildings still stand today.

In 1960, Marion Pepsi added Orange Crush to its bottling line and in 1966, got the distribution rights to 7 Up and Dr. Pepper. In 1967 they expanded plant operations to Robinson, Illinois.

In 1981-83 they expanded to Paducah, Kentucky and Malden, Mo. and in 1989, built a new administration building next to the bottling plant in Marion.

In 1985, Marion Pepsi had branch distribution centers in 5 states: Illinois, Kentucky, Arkansas, Tennessee and Missouri. Pepsi maintained over 180 sales routes, over 30 fleet of vehicles, and provided employment for over 500 men and women.

Marion Pepsi has led the high tech revolution in the soft drink bottling industry. In 1985 it began a major computerization of all aspects of its business including sales, marketing, accounts payable, accounts receivable, budgeting, payroll and inventory.

In 1991 a second bottling line was built at their Marion plant doubling output and in 1995 they added Ocean Spray, All Sport, Lipton Tea and Chocolate Moose to the product line.

Crisp Container was opened in 1997 as a 100,000 square foot plastic bottle manufacturing plant on Skyline Drive in Marion which serves some bottling and freight needs for PMA and others. 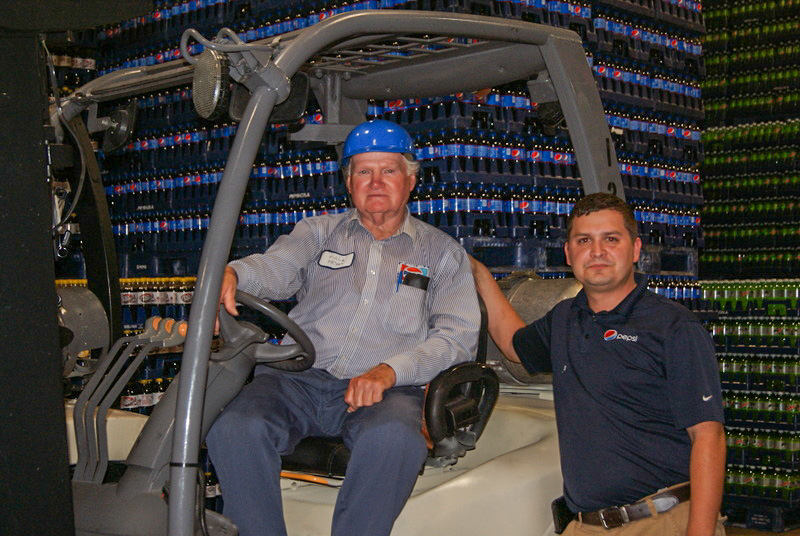 Pepsi MidAmerica has grown into the largest family owned Pepsi bottlers in the United States. The plant, which was the newest in the world in 1969, continues to grow and upgrade as new products are taken on. The number of jobs has increased by over three times since 1975.

PMA continues to improve as a company including adding full-line vending through most of the region and an in-house Priority Care center for co-workers and their families. We hope that the best of what we do here will continue to pour over into the lives of others in our MidAmerican region for years to come.

Marion Pepsi-Cola, as Pepsi MidAmerica was first known, was founded by an entrepreneur in 1936 named Harry Crisp. Born in 1902, Harry Crisp I began applying America’s formula for success to his business life at the age of 24, when he opened a hatchery and poultry business in the Williamson and Franklin counties area. He was able to see early that there was strength in diversifying his business activities and opportunity for the soft drink industry to grow. He developed a line of flavored soft drink products including Red Rooster and Crisp Flavors, which he delivered to consumers on his poultry trucks. This initial venture into the soft drink business ultimately was the cornerstone for his success. The founder of Marion Pepsi had the qualities it takes to be successful; he could see an opportunity and shoulder the risks involved. In 1935 he bought the franchise rights for a struggling soft drink company based in New York — Pepsi-Cola. There were approximately 40 competitors in the Southern Illinois area and cola products had only a small share of most markets. Pepsi was the “New Kid on the Block,” and only a few staunch believers would predict that one day Pepsi would be the number one soft drink in America. Marion Pepsi began with five employees. Their dedication and hard work built the foundation for the company’s future expansion and growth. As Pepsi grew, so did Mr. Crisp’s belief that long term success depended on a healthy community and county. He became involved in civic and government affairs ranging from membership in various civic organizations to running for political office. He had been successfully elected as a Marion City Commissioner in 1931, and in 1935 he was elected Mayor of Marion and served three consecutive terms in this capacity. He worked hard to get medical facilities located in Marion in the form of the Veteran’s Hospital and raised funds for the completion of the Marion Memorial Hospital. He lobbied for the Federal Correctional Center to be located in Marion as well as the need for multiple access to Marion business centers from Route 57. Success in achieving these goals opened the door for continued community growth in all directions. Harry Crisp passed away in 1975, leaving behind him a legacy of success and foundations for future success. He had successfully applied the American formula for success, hard work and dedication to his business life, and helped guide his community down the same road. Both his son, and grandson continued to serve as officers and owners as well as fourth generation family members.

After Harry Crisp’s death, his son Harry L. Crisp II took the helm of the Marion Pepsi-Cola Bottling Co. and served as President and Chief Executive Officer. He had spent years learning the business, working with employees on route trucks, and worked in the plant and the advertising department. Upon his discharge from the U.S. Marine Corps in 1958, he began his official career with Pepsi. Working with every aspect of the business, he covered the training ground of hard work which had served him well in his present capacity.

He followed his father’s example of community involvement. His range of civic participation includes distinguished positions of leadership on a variety of local, state and national organizations. In January of 1982, the Marion Chamber of Commerce named him as Marion’s “Man of the Year.”

Under both the tenure of Harry L. Crisp, Sr., and Harry L. Crisp II, the changes in the soft drink industry and Marion Pepsi have been great. The Marion Company has grown into the largest individually owned Pepsi bottler in the US. The plant has been greatly expanded and the number of products has more than doubled. The numbers of jobs are three times what they were in 1975. The company kept pace with the vast market of sugar free and fruit juice added products, having a larger selection of these than all its competitors combined.

Pepsi MidAmerica is made up of amazing men and women who created this remarkable history. We have a  tradition of naming our buildings after many of our long-term teammates. 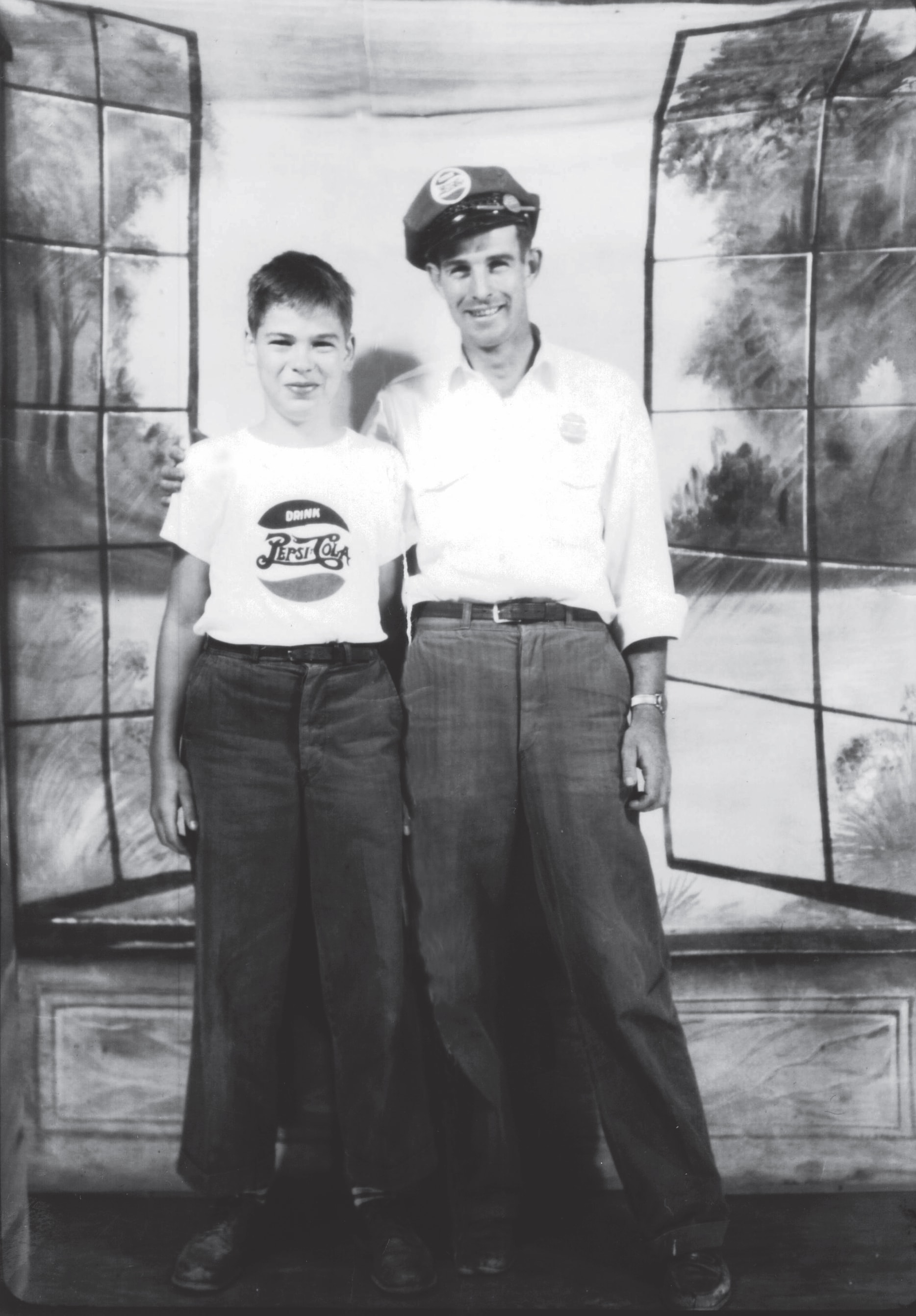 Dick Speers started with the company in 1938 as bottle sorter. He joined the Army after President Roosevelt and Congress declared war. Speers was wounded in Italy and received a Purple Heart and two bronze stars. Following his discharge from the Army in 1945, Speers resumed his career with Marion Pepsi as a route salesman. In later years, he often remembered that back in the early days, selling ten to twelve cases of Pepsi-Cola and Crisp Flavors in a day was considered a good day of sales. Mr. Speers was respected for many things including his love of music and poetry. He retired in 1985 and our entire productions facility is known as the Speers Building in honor of him.